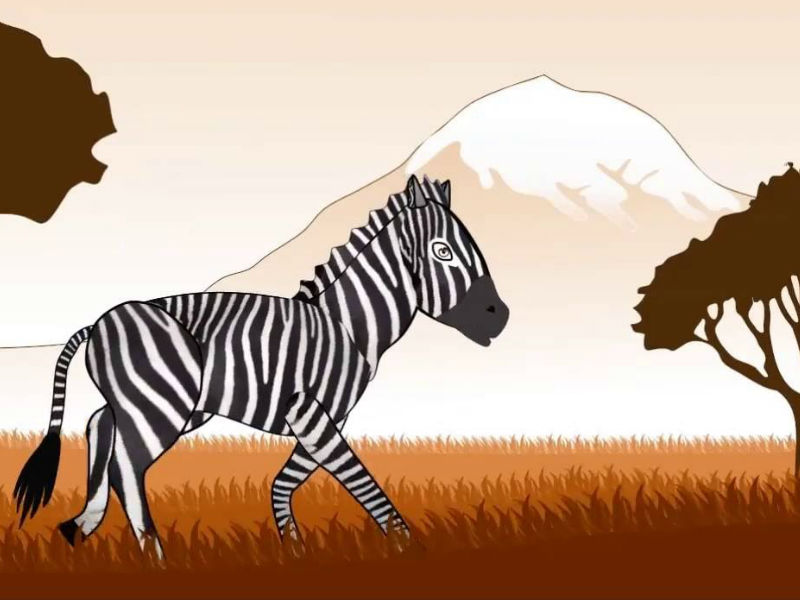 The free Zany Zebra is a classic slots game developed by famous Microgaming software development company. It has three reels, five paylines (three horizontal and two diagonal) and a maximum regular win in amount of 6000 credits. A player can pick the quantity of paylines he would like to play with(between 1 and 5). The amount of total stake increases/decreases proportionally to the quantity of lines chosen; it varies from 1.25 credits to 25 credits. Gamblers can play Zany Zebra slots game on line in two modes: in free play (demonstration) version or for real money.

This online game has simple, but nice-looking graphics. Zebra looking really zany is depicted on the right corner of the screen bottom (under the game logo). Three reels are filled with traditional icons which you may find in real fruit machines: single, double & triple bars, sevens with multicolored frame and bells. This classic symbol set is complemented with the main symbol of the game – a zebra itself. Spins and winning combinations in this online slot machine are followed by simple computer generated sound accompaniment.

There is no free spins or scatter icons, but there is a wild portrayed by zebra itself. This animal is really funny-looking and cute. It can substitute for any symbol to complement a prize combination. Also, the zebra is the most paying icon of the slot. It grants 1000 credits when landing five on the first (middle) payline. That is not all, 3 zebra images dropped at line two, three and four give a player 2000, 3000 or 4000 credits. Finally, 3 such animals on the fifth (diagonal) payline grant whopping 6000 credits like in 20 Super Hot online slot to play for real money with 20 paylines and maximum of 20 paylines.

Try the bonus games and rounds provided by Novomatic – we wrote the guide on how to play free Triple Diamond slot machine.

The lowest paying winning combination is “any bar” combo consisting of three bars of any type. It can appear fairly often, because it doesn’t need three similar symbols on a payline and can be completed by wild. Other combinations include 3 similar symbols out of the following list: single bars, double bars, treble ones, bells and sevens.