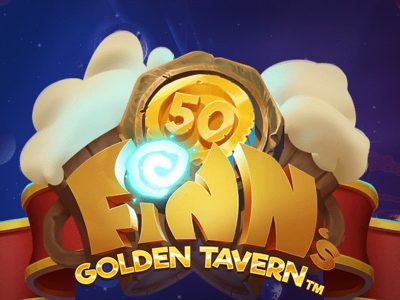 Finn has returned in another action-packed online casino game called Finn’s Golden Tavern. Like its original, this one, too, will take you on a Swirly Spin. The game was launched on 4 December 2019, and the gameplay takes place on 5 reels and 5 rows. There are no paylines since you need to form a cluster of identical symbols to receive a payout.

Besides, NetEnt has tried to keep some gaming mechanics like avalanche wins and spiral spins the same as the original game. Unfortunately, the Finn’s Golden Tavern game does not include as many features as its predecessor, but players stand a chance of winning 500x to 1,000x the bet. What’s more, it comes with creative graphics, which do not wander off from the other game.

Below is a slot review containing all the important details about this game and info on how to play for fun. 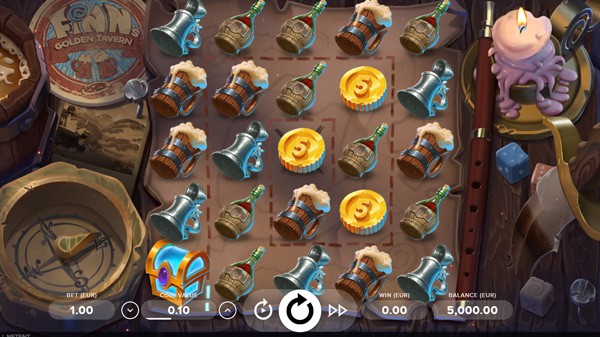 The first thing you will notice when you start playing is the spiral spins. This is quite unusual and something you will rarely meet in an online pokie. Instead of the symbols dropping down, they will slide from the left corner and straight into the spiral. When you form a winning combination, then they will be removed, and new symbols will slither further in the spiral.

Other than that, here are other features you will find in Finn’s Golden Tavern demo play and real money modes.

You can play this online slot using the tips below:

Remember, that you can play Finn’s Golden Tavern slot for free and real money on mobile without download. But you cannot keep your rewards in the free slot game.

The Finn’s Golden Tavern free play and real games have an RTP of 96.1%. In addition, it has low to medium variance, so small winnings can occur regularly.

Finn’s Golden Tavern is nothing far from the original game. Finn welcomes you for not only a drink but also a completely new adventure. It is a solid sequel, which you should not miss on playing, especially if you enjoyed the first game.

Does Finn's Golden Tavern Slot Have a Jackpot Feature?

No, there is no jackpot feature, but in-game wins are marvelous.

How to Win in Finn's Golden Tavern Slot?

This game has a low variance, which means you can get small but frequent wins. The best way you can win is to find ways like bonuses to boost your bankroll.

Yes, but only in terms of cash withdrawals, which are not possible during the free play.

Would You Recommend Playing the Slot Machine with Such Rtp Value and Volatility for Real Money? Why?

Should I Download Finn's Golden Tavern Slot to Play?